The U.S. Army Corps of Engineers recently awarded the contract for Oxbow Phase within Gateway Park as part of the Central City Project. Read more about it from the Fort Worth Magazine article below. 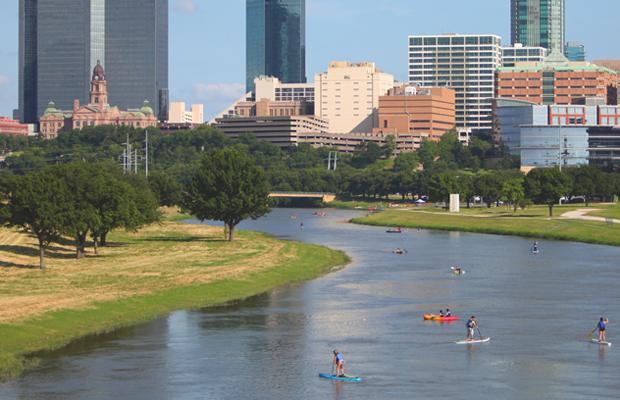 More earth will soon be moving on the Trinity River Vision/Central City Project — the initiative recently received $5.2 million from the U.S. Army Corps of Engineers, Fort Worth District, for the construction of Oxbow Phase 2.

The Corps announced the contract in a press release dated May 31. According to the release, the work includes the mass excavation of the Oxbow Site H (see diagram below) as well as tree protection, tree removal, utility protection, drainage culvert, fencing, site restoration using a variety of seed mixes and incidental related work. “With this $5.2 million in contract award, the U.S. Army Corps of Engineers continues the progress with our stakeholders in accomplishing the overall goals and objectives of the Trinity River Vision Project. Construction continues to bring the overall project forward for the people of Texas,” project manager Gail Hicks says.

Much confusion about the Corps’ role has to do with semantics, Hicks says. The “Panther Island Project” refers to the intended development of the island — Panther Island — which will be created when the bypass channel is completed.

“We are not in the development business,” Hicks says. “We are in the flood risk management business.” For that reason, and to differentiate the two, she prefers the terminology “Trinity River Vision/Central City Project” so their work of engineering to improve flood control is not confused with the Panther Island development.

The phase of the project that will focus largely on Site H consists of an approximately 26-acre site requiring an estimated 81,000 cubic yards of excavation. All excavated material will be exported to the Site I disposal site.

Site I consists of an approximately 10.1-acre site capable of handling all of the exported materials from Site H. The portions of the haul road between Site H and Site I will follow an existing City of Fort Worth haul road used for the demolition of the old wastewater treatment plant. Using this existing haul road should cause minimal impact to the public. A temporary access road will be constructed to allow entry and hauling operations from Site I and connect to the existing haul route.

The contract award was to Ahtna Incorporated, an Alaska Native Regional Corporation from Anchorage, Alaska, and was awarded under the Small Business Administration’s 8a program. “They have already completed the Ham Branch storage site for us in 2016, and they did an amazing job,” Hicks says.

She expects the excavation work to begin in July.