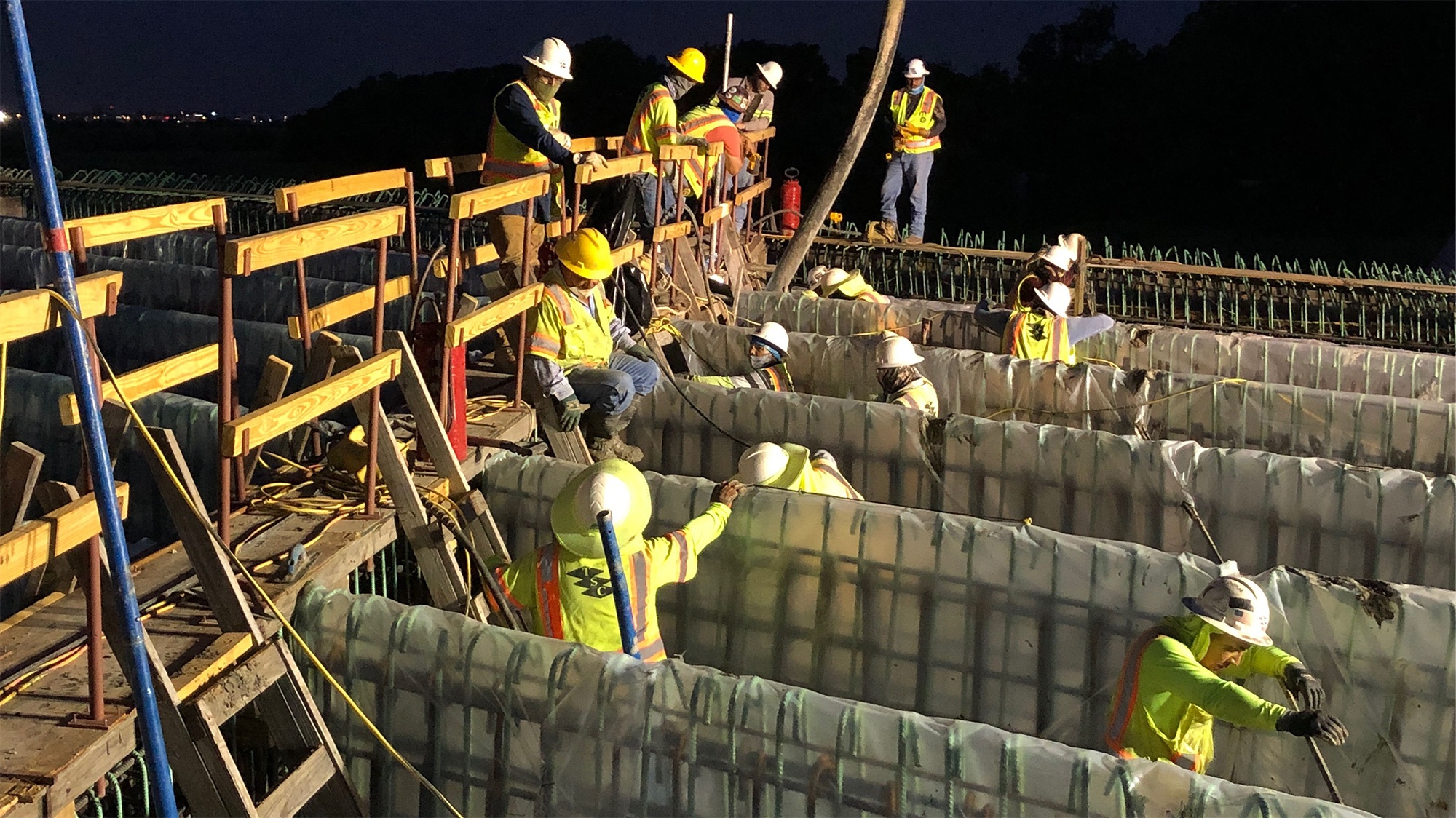 Before the United States Army Corps of Engineers (USACE) can begin rerouting the river, three signature bridges are being built in a dry condition to maintain access in the area throughout the duration of the project. The bridges will reroute traffic flow over two former railroad crossings, decreasing delays. This project is being constructed by TxDOT with the City of Fort Worth as the local sponsor.

From the recent article from the Fort Worth Star-Telegram on the bridge progress:

After years of delays, could Panther Island’s bridges be ready sooner than expected?

Work on the downtown Fort Worth bridges, needed for the Panther Island project, has moved swiftly enough that officials now say two of the three spans may be done slightly early.

Of course, early at this point is still behind the original completion date and a later delayed schedule, but Doug Rademaker, a senior project manager for the city, said work on bridges for Henderson and North Main streets is moving faster than expected.

Traffic may be allowed on the bridges before they’re completely finished.

Once scheduled to open in 2017, the bridges were delayed by design issues, and officials have pushed the completion date back several times.

Contractor Texas Sterling increased workers on site to as many as 120, Rademaker said, and had been running three shifts seven days a week. Sunday shifts were recently canceled.

The progress has been a welcome site for business owners along White Settlement Road, which have taken a financial beating from the road closure, said Steve Metcalf, president of the White Settlement Road Development Task Force. The road has no detour, making places like Angelo’s BBQ and an assortment of automotive shops difficult to access.

“It’s crazy how busy they’ve been,” Metcalf said of the bridge workers.

While White Settlement’s completion date hasn’t changed, the progress has been encouraging, he said, since for years updates about the bridges often involved delays.

The coronavirus pandemic appears to have not hampered the contractor’s work, Rademaker said.

“It’s been full steam ahead even through the outbreak,” he told the Star-Telegram.

Earlier this year, project managers increased the bridges’ $69.9 million budget to a little more than $89 million. The North Central Texas Council of Governments’ Regional Transportation Council approved the extra money in the form a $15 million federal transportation grant and another $5 million that will be paid back to the council of governments through a special tax district.

TxDOT reached an agreement with Texas Sterling late last year and paid the contractor about $15 million to continue work under a new agreement designed to speed up work.

Trinity River Vision Authority board members heard an update on the bridges Wednesday during a virtual meeting. Members of the public trying to watch the live stream could not hear discussion or presentations for nearly 20 minutes due to a technical glitch.

The three bridges are needed for a $1.17 billion project that would create Panther Island by cutting a bypass between the two forks of the Trinity River as a means to control river flooding.

The U.S. Army Corps of Engineers would dig the channel, but the project has not received significant federal funding in at least three years. Annually the local Corps office requests between $35 million and $40 million. This year, the federal government provided $1.5 million for a feasibility study.

Mark Mazzanti, the former Army Corps executive hired last year as a consultant for the local effort, told board members funding is not out of question for fiscal year 2021. The Corps and Congress are preparing budgets with details expected by late September, he said.

Panther Island could be eligible for other funds, if Congress were to take up a new stimulus bill or increase infrastructure spending, Mazzanti said.

“We are definitely positioning this project” for that type of funding, he said.